Raptors and the Rehabilitation Program
Dr. Marilynn Baeyens has been involved in the rehabilitation of wild animals since 1976. She has worked with several groups and agencies over the years. Currently she is working with Raptor Rehab of Central Arkansas, a group organized and headed by Rodney Paul. She also works with Arkansas Game and Fish, and U. S. Fish and Wildlife Service. Moreover, she works with several individuals involved in raptor rehabilitation. . Most of her wildlife work is with raptors (hawks, owls, eagles), but she also sees reptiles (mostly turtles), rabbits, raccoons, squirrels, other birds, an occasional deer, and other wild life.

Dr. Baeyens is considered the go to medical person when wounded or sick raptors are found in Arkansas. When a sick bird is discovered by an individual, federal of state agency it usually ends up in her hands. Following medical treatment the birds are released or , more commonly, turned over to a rehab person that works with the birds during recovery. The birds are most likely to enter the Raptor Rehab Program headed by Rodney Paul. the mission of the Raptor Rehab Program is to provide quality care and rehabilitation for ill, injured or orphaned birds of pray with the goal of their release back into the wild. When they are healthy they are either released or used for educational.

It should be noted that much of this important work is unsupported or supported only to the level of covering medical costs. The rehab people and Dr. Baeyens are passionate about their work and that seems to be enough. The pictures below show the birds in treatment or being released following treatment and rehab.

The birds in these pictures have all been brought into the hospital over the last several weeks for examination or treatment. 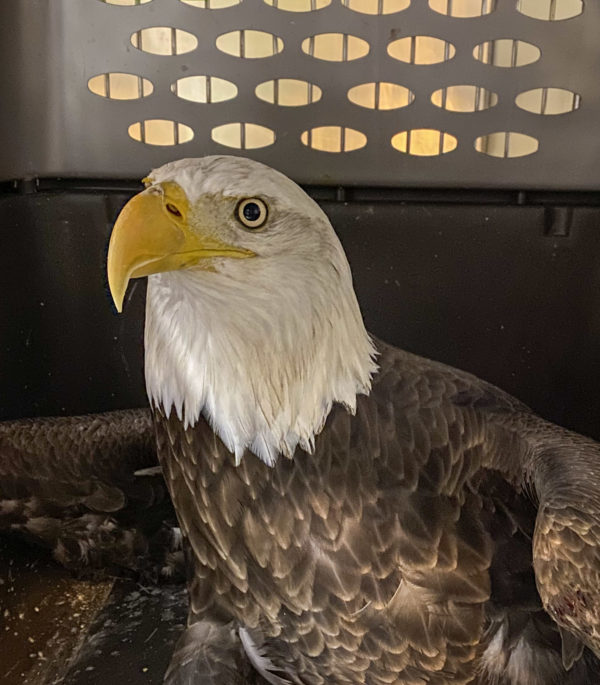